Blocking Inflammation May Lead To Chronic Pain by BeauHD
Thursday May 12th, 2022 at 3:05 PM

Using anti-inflammatory drugs and steroids to relieve pain could increase the chances of developing chronic pain, according to researchers from McGill University and colleagues in Italy. Neuroscience News reports: Their research puts into question conventional practices used to alleviate pain. Normal recovery from a painful injury involves inflammation and blocking that inflammation with drugs could lead to harder-to-treat pain. [...] In the study published in Science Translational Medicine, the researchers examined the mechanisms of pain in both humans and mice. They found that neutrophils -- a type of white blood cell that helps the body fight infection -- play a key role in resolving pain. Experimentally blocking neutrophils in mice prolonged the pain up to ten times the normal duration. Treating the pain with anti-inflammatory drugs and steroids like dexamethasone and diclofenac also produced the same result, although they were effective against pain early on. These findings are also supported by a separate analysis of 500,000 people in the United Kingdom that showed that those taking anti-inflammatory drugs to treat their pain were more likely to have pain two to ten years later, an effect not seen in people taking acetaminophen or anti-depressants. "Our findings suggest it may be time to reconsider the way we treat acute pain. Luckily pain can be killed in other ways that don't involve interfering with inflammation," says Massimo Allegri, a Physician at the Policlinico of Monza Hospital in Italy and Ensemble Hospitalier de la Cote in Switzerland.

Read more of this story at Slashdot.

Twitter on Thursday reported mixed first-quarter earnings, missing Wall Street expectations on revenue but adding users. It also admitted to over-counting some monetizable daily active users between Q1 2019 and Q4 2021. From a report: Analysts were expecting the tech giant to post weak results, given that its board finalized a takeover deal with Elon Musk earlier this week. This could be Twitter's last earnings report as a publicly traded company. The company brought in $1.2 billion in revenue last quarter, just shy of analyst estimates. Other ad-supported tech giants also missed Q1 revenue expectations in response to macroeconomic headwinds impacting the ad market. Twitter also said it accidentally over-counted the number of monetizable daily active users because of a feature that allowed people to link multiple separate accounts together in order to conveniently switch between them. It counted those two separate accounts as two users for more than three years.

Read more of this story at Slashdot. 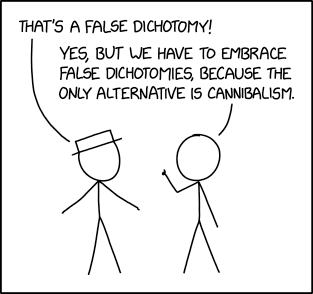 That’s it. That’s the vibe.

Reddit announced on Monday that it is shutting down a forum dedicated to President Trump's most ardent fans, saying it repeatedly violates the online platform's rules against harassment, hate speech and content manipulation. The community forum, known as a subreddit, was called The_Donald and had nearly 800,000 users. President Trump himself has been known to share memes that posted to The_Donald and other parts of Reddit. Long a magnet for conspiracy theories and sharp attacks on the president's critics, The_Donald has faced backlash before. Reddit has taken action over content encouraging violence and had threatened to block the subreddit completely if the moderators — who are volunteers — did not take down the abusive material. Now, officials at Reddit have determined that the forum where diehard Trump fans congregate online cannot police itself. "Reddit is a place for creating community and belonging, not for attacking marginalized or vulnerable groups of people. Everyone has a Ascension St. John is running Oklahoma’s first clinical trial for COVID-19 treatment. They’ll be giving people the rheumatoid arthritis drug sarimulab intravenously to see whether it’s effective at reducing the lung inflammation the coronavirus triggers in some patients. "That is the part of the disease that you really want to treat because that is the part that starts off the process of people getting very ill," said primary investigator Dr. Anuj Malik. A similar drug showed promise in limited use in China. If sarilumab proves effective, the next step will be fast-track approval by the Food and Drug Administration for the drug to be used nationwide as an important tool for severely to critically ill patients. "Hopefully, reduce the number of patients requiring intensive care as well as a respirator or mechanical ventilator to help them breathe and so forth," Malik said. Malik believes they can get 100 people in the trial in Tulsa in 50 to 60 days at the current rate of enrollment.